You know it's spring when ......  your local farmer who has been hibernating all winter thinks about starting up this year's blog.

You know it's spring and it's still cold when ..... your local farmer has time to sit down and write in the farm blog.

Spring equinox arrived last week.  Although there have been a few "warm" days thrown into the mix, spring so far has been what can only be described as a continuation of one helluva a winter.  The weather service tells us we aren't even close being the coldest winter on record, however it certainly has been the coldest in recent memory.  The number of sub zero degree readings and the weeks of sub-normal temperatures have been amazing.  January temps were 6 degrees below average for the month.  February temps were 6 degrees below average for the month.  March is a little over 5 degrees below normal for the month so far.  And on it goes.  We are hopeful that all this cold weather killed a lot of bugs that feed on vegetables.  Thinking positive here.

Needless to say, outdoor work that normally takes place in March is not getting done.  So sorry, but I am not going out and pruning the blueberry bushes when it is 20 degrees out with single digit windchills like it has been today. (Normal high is 49 degrees).  Just ain't happening.

Indoor work is going on.  Seeds have been ordered and the UPS truck is making regular stops at the farm.  Some of our seeds have been started in greenhouses.  Hints that someday it will be warm or at least that's the rumor.

And in spite of the cold, spring is here.  You have to look no farther than the birds.  They have no choice.  Nature dictates that for the most part, their behavior changes as the length of daylight gets longer and longer.  Three weeks ago the redwing blackbirds arrived.  Two weeks ago a few turkey vultures and a few robins showed up at the farm.  Last weekend, we were blessed by the tundra swans migrating through and making a brief rest stop on the farm.  In years with more open water, they sometimes say longer, but this year I heard them for three days in a row and then they were gone.  I was able to get a few pictures of them at the far end of one of our picked corn fields. 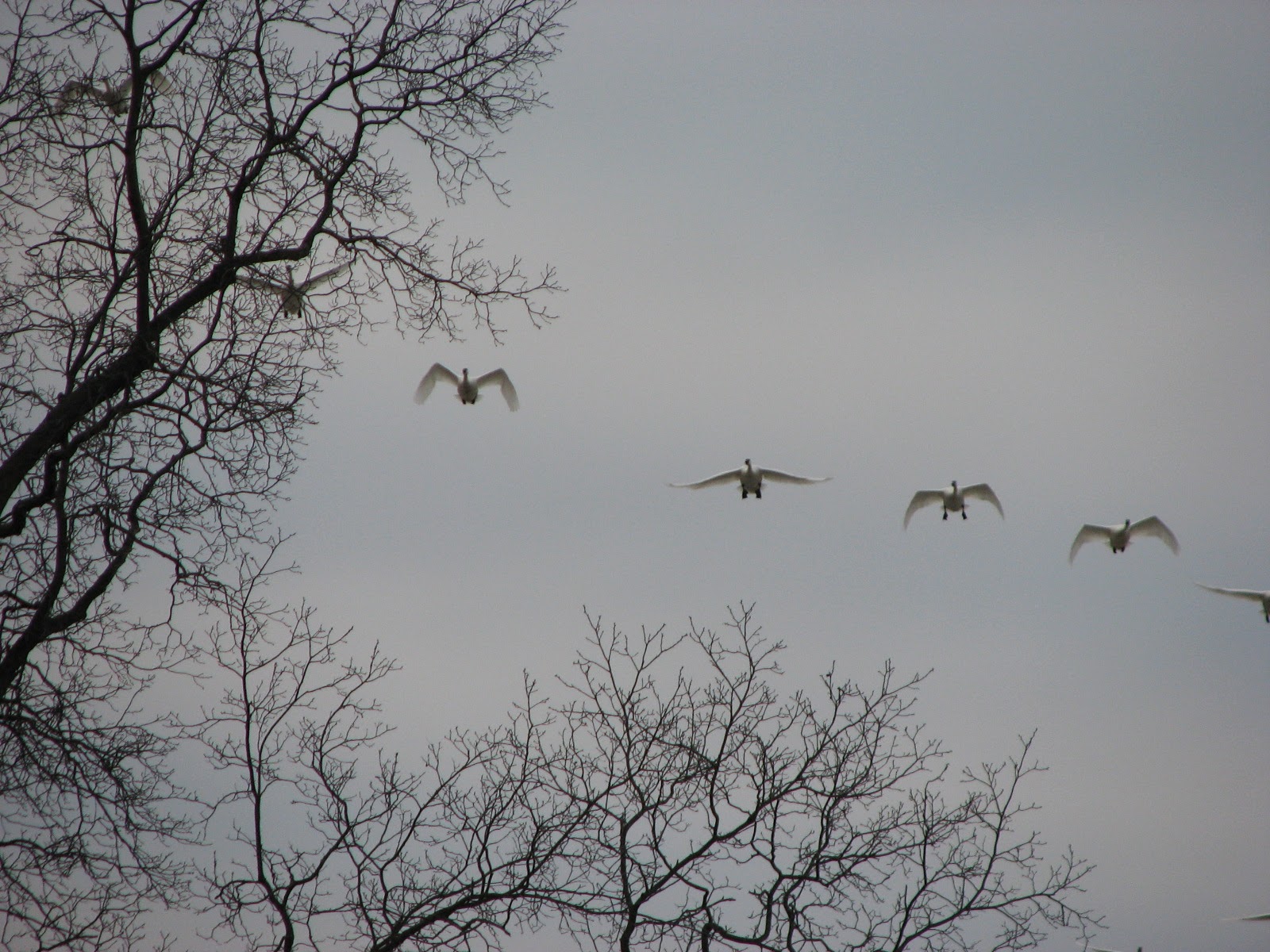 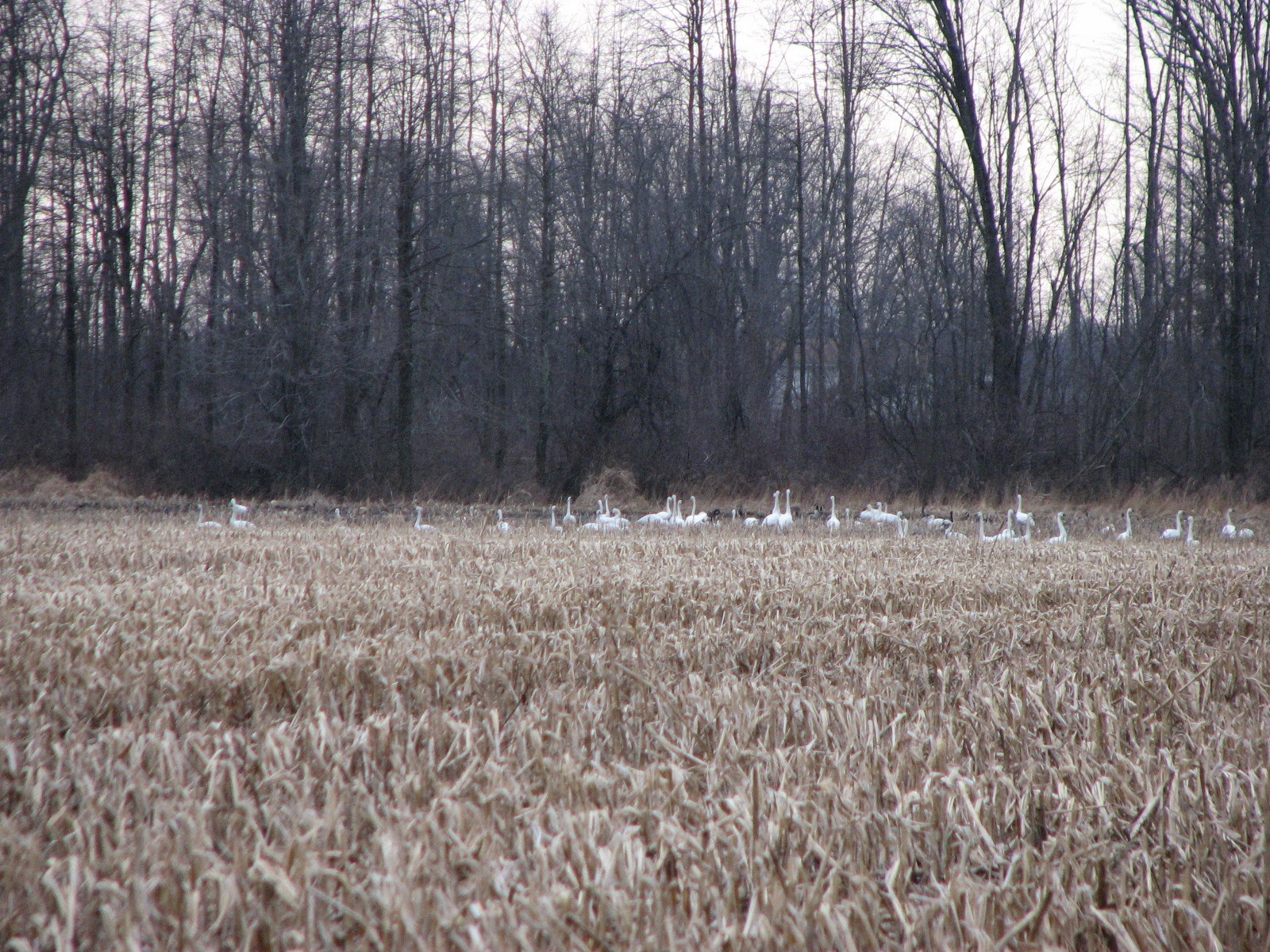 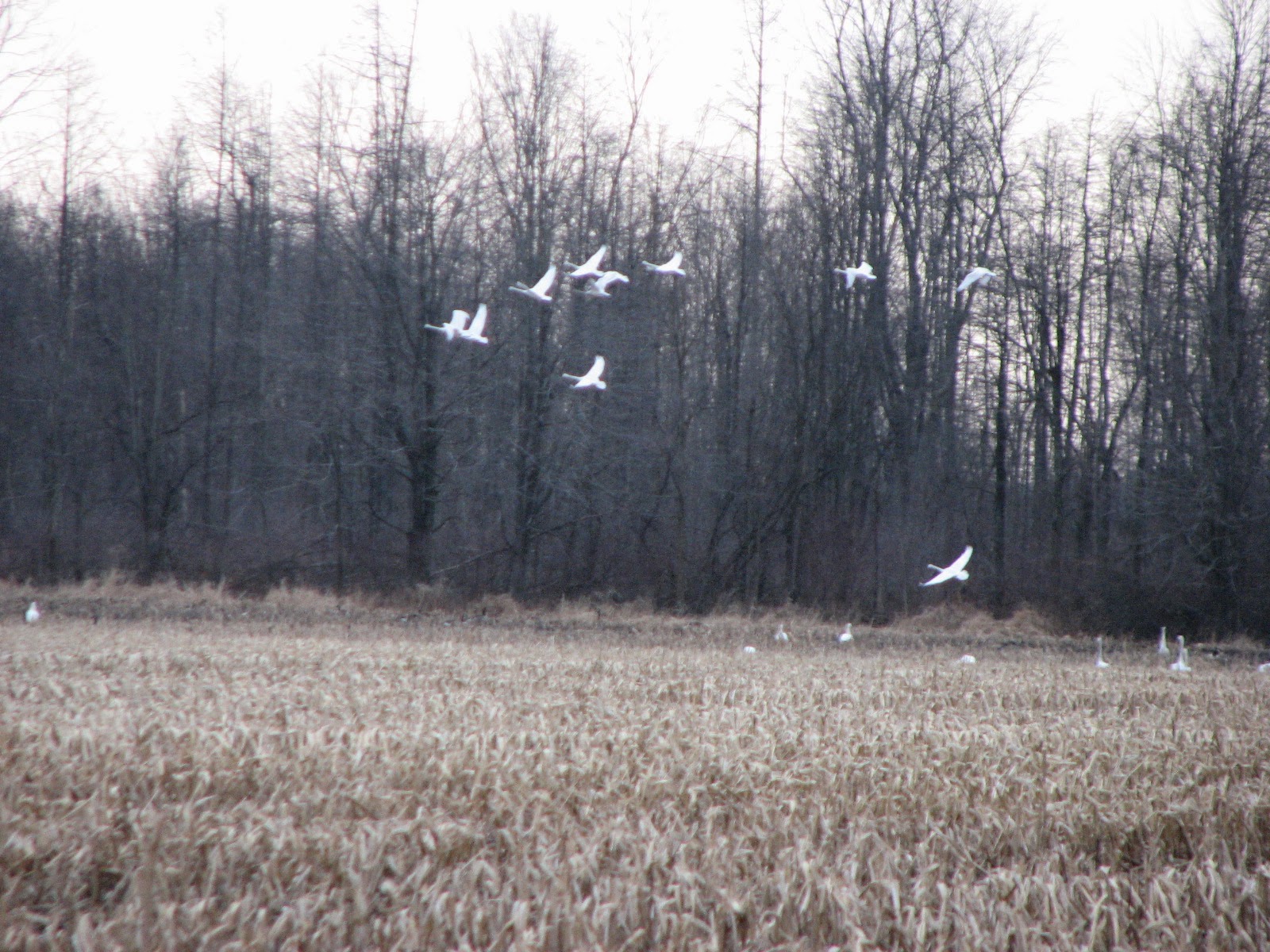 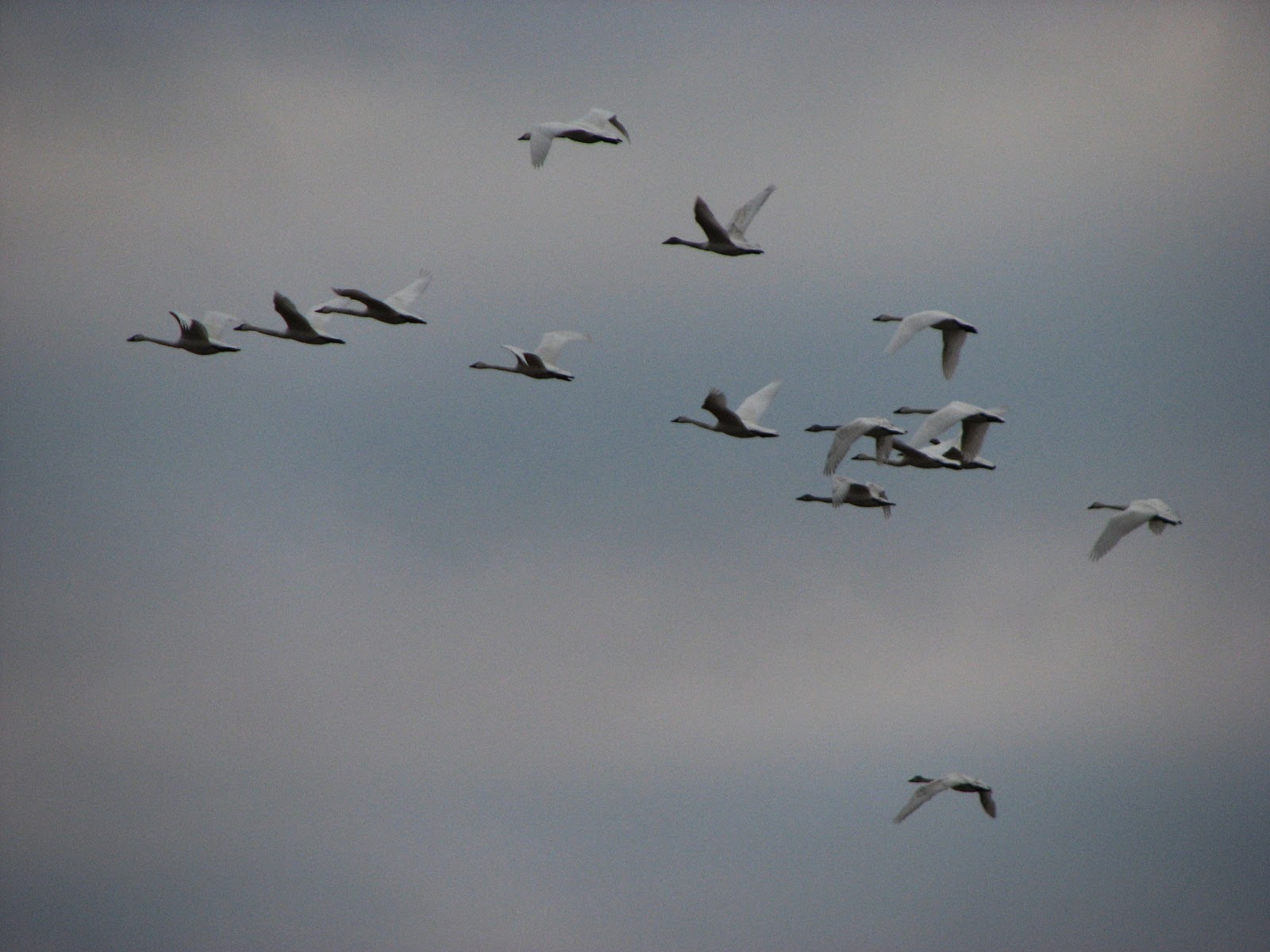 And on Friday, the day after the spring equinox, I stepped out of the house in the morning and was greeted by the song of a woodcock in the pasture.  And Friday evening as we were loading the car up for Saturday's farmers market, a turkey gobbled from the woods across the road.  The birds know spring is here.  Now Mother Nature just has to turn up the thermostat. 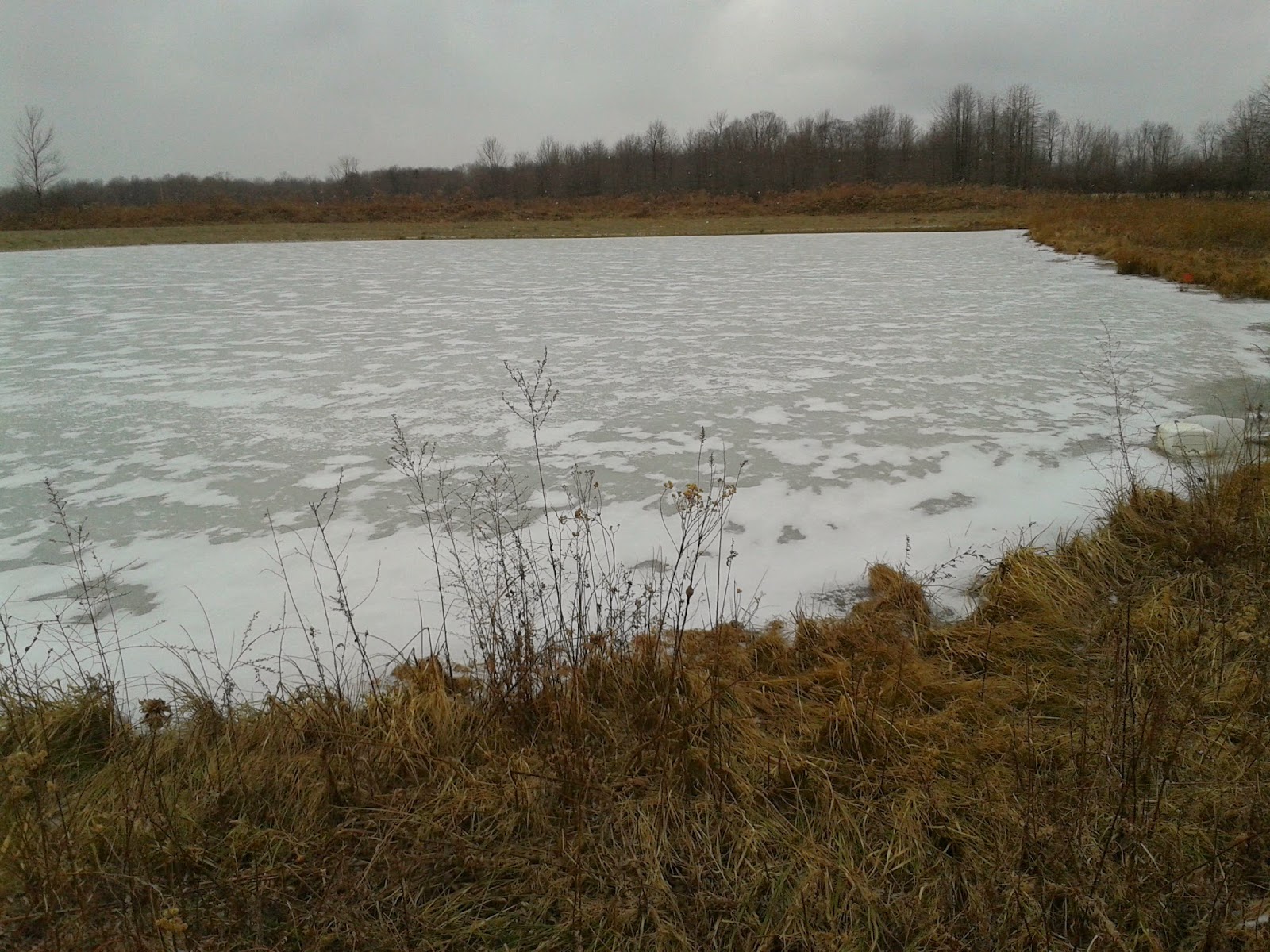 Posted by Diane Hiener at 8:38 PM No comments: